A very interesting presentation about the bias towards particular political/social viewpoints (and bias – to the extent of willingness to affect hiring decisions and paper reviews – against others) within Anglo-American academia, especially within the Humanities and qualitative Social Sciences, from a conference held in Oxford.

via Academic Freedom Under Threat: What’s to be Done? Session 3.1 – YouTube

It’s been a long while since I’ve posted here, so I’m going to try and rectify that! 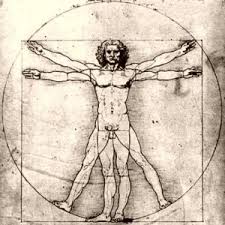 One matter that has been on my mind has been the state of academia, and the humanities in particular. I doubt it is any surprise to those that know me that I am often highly sceptical of the academy in the general and the value of much of what is produced. Between a ‘publish and perish’ culture that encourages publication even of dross, the pursuit of esoteric subjects with little wider import and readerships that often factor in the single figures, much of what academia – especially the humanities – accomplishes appears irrelevant to anyone outside the ivory tower. That those inside the ivory tower sometimes have trouble grasping this point is part of the trouble. It’s one thing to believe that you are engaged in a disinterested search for knowledge, but when what is produced are conjectures about esoteric subjects few people care about, when you fail to communicate these things to virtually anyone else (and those who do read do so to disagree), and where the existence of absolute truth is commonly denied, it’s really hard to see that being the case. And since the humanities are under increasing pressure to justify their existence – both as courses for students to study, and departments to occupy university and government funding – I don’t think I’m the only one to wonder what good the humanities do.

So I was thinking about these things, and I guess about the wider purpose of the so-called humanities. There are many issues, such as over-specialisation, and the growth of arcane terminology intended to cloud rather than clarify meaning, but one issue is that so much of the humanities appears pointless, except for activities to do in humanities departments. One thing that seems clear to me is that the sciences (especially the harder sciences) retain some outside respect and relevance because much of their research and teaching has an effect on the wider world. Much of it has ultimately practical consequences that go far beyond the ivory tower.

However, it’s not like the humanities can easily offer that sort of thing. Studies of history, or theology, or literature  or so on do not at first sight appear to offer practical implications. And it is not enough to have some – in order to be consequential, there must always be something that can answer the ‘so what’ question. Okay, you have presented your theory, or your research or your conclusions – so what? Where there is consideration of it, it’s often at the service of the narrow identity politics so popular in academia, but so alien to life as actually lived. And to much of the rest of the humanities, the only answer to that question is polite applause and a few questions at a conference, and then everyone goes home to never think or remember about that topic again, let alone real consequences in the outside world – for the rest of humanity.

Yet I believe there is scope to answer that question. Part of the problem has been the conception of the humanities as a gaining of knowledge (even as the very concept of objective knowledge has been undermined). But the mere collection of abstract knowledge, sometimes of such narrow topics can never successfully answer the ‘so what’ question. But what if there was a different understanding of what study of these topics could offer us – a study of the collected record of humanity’s thoughts, writings and actions? What if rather than just seeking knowledge about how humans live and have lived, we see it as an opportunity to gain wisdom – to learn how human beings can live well. What if we seek to learn and teach not just to add to our knowledge, but to guide our actions, to learn from the follies and mistakes of mankind, to learn what works, to be inspired by its truest thoughts, and to be better than we otherwise are?

I don’t know if the academic humanities as presently constituted can make that step, consumed as it is by its own interests, content as it is in its own introversion and uncertain as it is to the nature of truth. But on a personal level I can certainly try to address that question in what I do, particularly when looking at things like the scriptures, lumped as they presently are in the humanities. For if they are inspired, if they are of God (and they are), the most important questions about them are not of history, but of their present implications for my behaviour and my actions. When I look at them, ‘so what’ should be the foremost question in my mind.